Warning: Use of undefined constant none - assumed 'none' (this will throw an Error in a future version of PHP) in /home/instan04/public_html/wp-content/themes/ascent/functions.php on line 312

Every traveler loves exploring and finding unknown places. It’s part of what’s so great about traveling. In my home city of Barcelona there is a secret spot in known only by locals that very few tourists have ever heard of, and I´m going to share it with all of my wonderful readers.

The Carmel Bunkers (Els Búnkers del Carmel – In Catalan) has the best panoramic view of the city, and none of the crowds of the famous Parc Güell.

If you are planning on going to Barcelona anytime soon you should put this on your must-see list as it gives you the most breathtaking sights of the city. It is the perfect place to hang out with your friends or to surprise your partner.

Make sure you go there with enough time to leave before it gets dark. To get down you´ll have to take some narrow paths, so it is much easier to do while it is still light out. Also, make sure to bring lots of food and water with you, since there are no stores or restaurants nearby.

Some things you can do while at the bunkers:

The views of the whole city are breathtaking 🙂 Try to choose a sunny day so the pictures are perfect!

You cannot miss visiting this spot with your friends! That’s what we did 😉

History of the Bunkers:

Carmel’s anti-aircraft guns were built in May 1937 during the Spanish Civil War. It is one of the two main defense anti-aircraft of Barcelona that still remain in the city to this day.

Barcelona was subject to continuous bombing during the Civil War, being bombed over 200 times during a 2 year period. In fact, this was the first time in history that a city was bombed not to cause casualties, but to scare the population. In order to combat this an antiaircraft gun was installed on top of the «Turó de la Rovira».

Carmel’s anti-aircrafts were in Spain until the 50s, when they were moved away in order to be exhibited in a museum. The base was left behind, and it makes up what is left of the Carmel Bunkers today.

Location of the Bunkers:

How to get there?

You should take the L5 metro line from Barcelona city centre (Blue Line) and stop at «El Carmel».

When you get off at «El Carmel» you have two options: You can either walk to the destination or take a bus that leaves you relatively close to the Bunkers.

If you decide to take the bus make sure that you remember that the bus stop is not on the same street as the metro stop. You will have to go one street over to the East in order to find it.

You can click on the maps for more information about the possible routes.

Taking the bus is a good option if we are not in a rush and we don’t really want to do that much walking.

Do you have any hidden spots in your city that only locals know about? 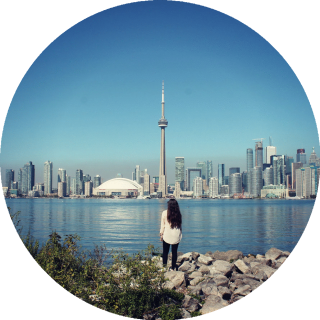